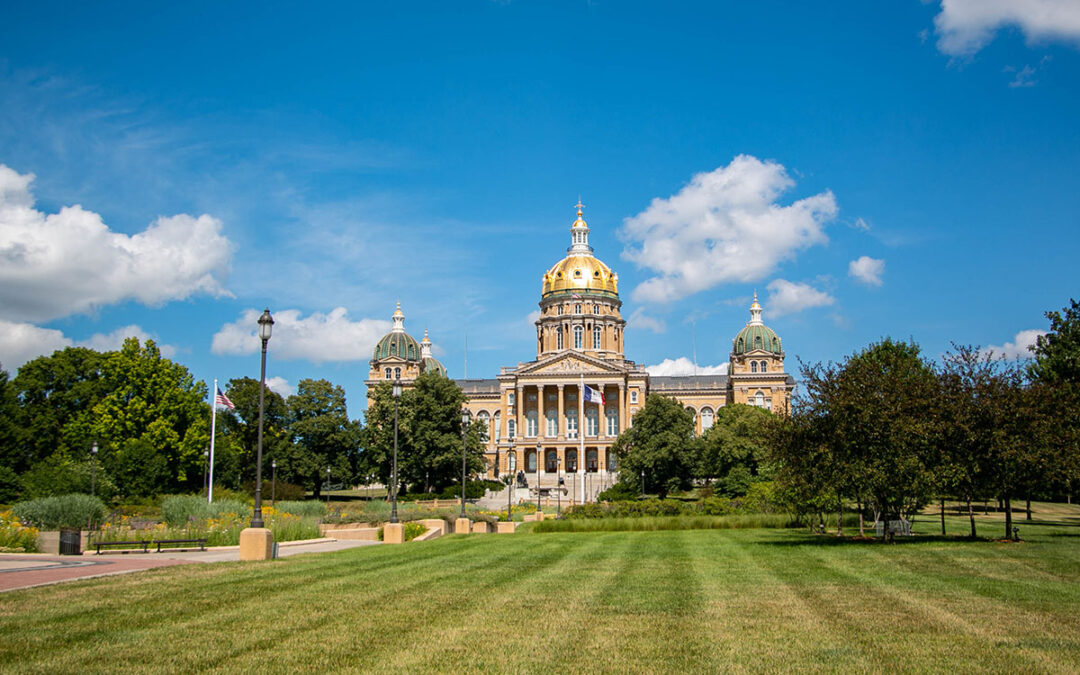 Throughout the summer following the Supreme Court’s decision to overturn Roe v. Wade, the 2022 Midterm Elections were anticipated to be highly competitive. Then, in the closing weeks of the campaign, pundits and forecasters were bullish on a Republican “Red Wave” election. Initial results from Tuesday night make it clear national Democrats exceeded expectations and have limited Republican gains so far. Who will control the U.S. House of Representatives and Senate is still up in the air.

The story in Iowa runs contrary to Democrats’ overperformance across the country. With Governor Kim Reynolds winning by a large margin on top of the ticket, Republicans are poised to make gains in the state legislature and have defeated the nation’s longest serving state Attorney General and Treasurer. Democrat State Auditor Rob Sand’s race is too close to call and if he prevails, he would be the lone statewide elected Democrat.

Republicans have won or are leading in the Iowa U.S. Senate race and all four congressional seats. Below is a preliminary outline of results in Iowa and nationally. Please note these are not final, certified results. We will issue a final report after the election results are certified.

Republicans led on the top of the ticket positioning them to hold every statewide office except State Auditor should Democrat Incumbent Rob Sand prevail in his hotly contested race. This was an unexpected upset as they took out both the Incumbent Attorney General and Treasurer.

Auditor: Democrat Incumbent Auditor Rob Sand was not expected to be in a close race, but Republican Todd Halbur has made this one come down to the wire. Sand currently leads 50.1% to 49.9% with some votes still outstanding.

Nationally, the race for the U.S. Senate majority is still up in the air as we await results from Nevada, Arizona, and Georgia where a Dec. 6th runoff election could determine Senate control.

Nationally, the U.S. House majority is still up in the air as we await results from contested races across the country. Pundits are still predicting Republicans will take the House, but the majority could very well be slim. Below is an overview of the U.S. House races as they stand:

Prior to Tuesday’s election, Republicans held a 32-18 majority in the Iowa Senate. Despite Republican Senate President Jake Chapman losing to Democrat Senator Sarah Trone-Garriott in a hotly contested race set up by redistricting, Senate Republicans defeated two other incumbent Democrats and picked up an open seat to now hold a 34-seat supermajority in the Iowa Senate leaving 16 Senate Democrats in the chamber.

Senate Republicans are scheduled to meet Thursday to elect their leadership. Senate Majority Leader Jack Whitver is expected to remain in his post, but the Senate President position is currently vacant due to Jake Chapman losing reelection. Senate Democrats will also meet to elect leadership in the coming weeks. New committee chairs and assignments will be announced after leadership is elected.

Prior to the election, Republicans held a 60-40 majority in the Iowa House. Current results and projections predict Republicans will gain 4 seats and hold a 64-36 majority. However, a number of races are too close to call or could be subject to recounts so this number could fluctuate in the coming days.

Too Close to Call – Could Be Subject to Recount

House Republicans are scheduled to meet Thursday to elect their leadership. Speaker Pat Grassley and House Majority Leader Matt Windschitl are largely expected to maintain their positions. House Democrats will also meet to elect leadership in the coming weeks. New committee chairs and assignments will be announced in the coming weeks.