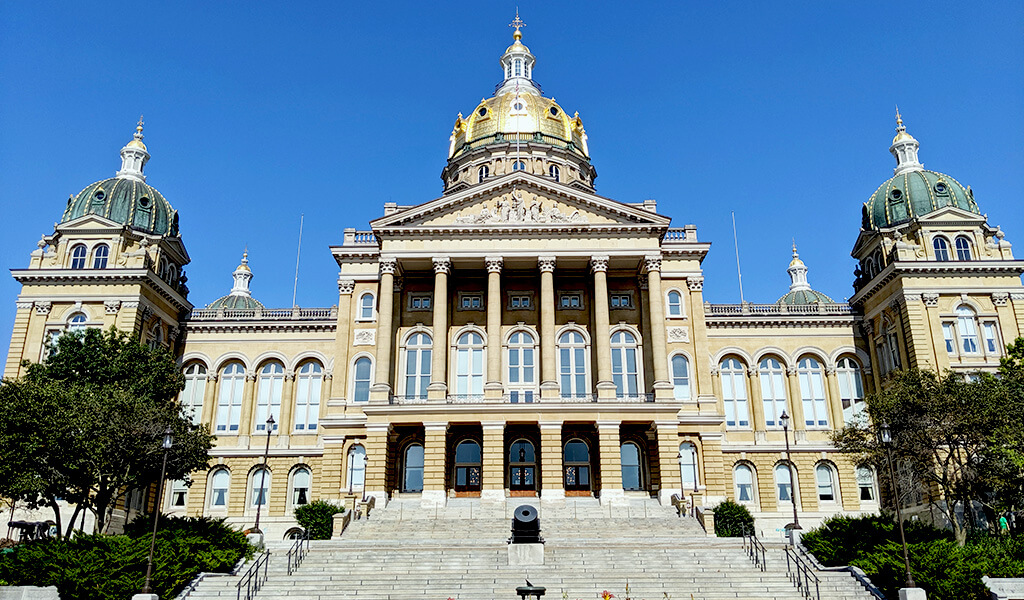 This week in the Iowa Legislature

The first week of the 90th General Assembly kicked off on Monday and the Governor and Republican majorities in the Iowa House and Senate outlined an ambitious agenda for the next 110 days. More than 50 new legislators and their returning colleagues were sworn in on Monday. Typical ceremonial activities directed the week including the Governor’s Condition of the State address on Tuesday night, but then legislative committee activity started at a quick pace. In an unusual fashion, the Senate held a few subcommittee hearings on legislation including the Governor’s education reform and school choice proposal on Thursday. We only expect next week to get busier!

Condition of the State

On Tuesday night during primetime Governor Reynolds delivered her annual Condition of the State Address outlining a very bold agenda for the session with a huge emphasis on her education reform and school choice package. Highlights include:

In what was arguably the most surprising announcement from the Governor’s Condition of the State, she revealed a moratorium on administrative rulemaking starting Feb. 1, 2023. This caught many legislators and state officials off guard, but we learned rules will be allowed to move forward if they meet arduous necessity requirements or are implementing new legislation. The full executive order with all the new requirements can be found here. Don’t hesitate to contact us if you have specific questions about this.

In addition to the Governor announcing her agenda, the leaders of each legislative caucus highlighted their priorities for the session this week as well. The priorities mentioned by the leaders in each caucus include:

Governor Reynolds released her budget Tuesday night, calling for an increase in state spending to $8.4 billion in 2024. This is an increase of $271.8 million or 3.3 percent from FY 2023, leaving nearly $2 billion in surplus. You can find the full budget details here. If you receive a budget allocation and didn’t hear from us, your appropriation has been recommended for level funding. Below are some of the new spending highlights in her recommended budget:

Condition of the Judiciary

Chief Justice Susan Larson Christensen delivered her third Condition of the Judiciary address on Wednesday, highlighting the need to increase judicial staff to meet the demands of the system. A current shortage of court reporters, attorneys, and judges has slowed the system down substantially. Justice Christensen also requested increased funding to meet increased demand. Here is the link to her full speech.

Condition of the Guard

Adjutant General Benjamin Corell delivered the Condition of the Guard speech on Thursday. He said that the Iowa National Guard has nearly 10,000 members with only 2,000 being full-time. General Corell reported the COVID-19 pandemic has put a damper on recruitment and has seen a reduction in younger generations joining the Guard. The Iowa Guard scholarship program is the most successful way to recruit new members and there continues to be a high demand for those scholarships. Here is the link to his full address.

Due to the federal holiday of Martin Luther King Day, the legislature will not meet on Monday. However, we expect Tuesday through Thursday to be incredibly busy with a substantial uptick in bill introductions and subcommittee hearings as the committee process gets underway.